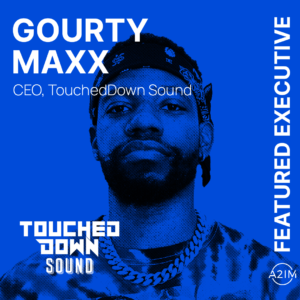 Welcome to A2IM’s Featured Executive column, where we highlight executives making moves and supporting the growth of the independent community. To submit yourself or a friend for a potential feature, fill out this form. 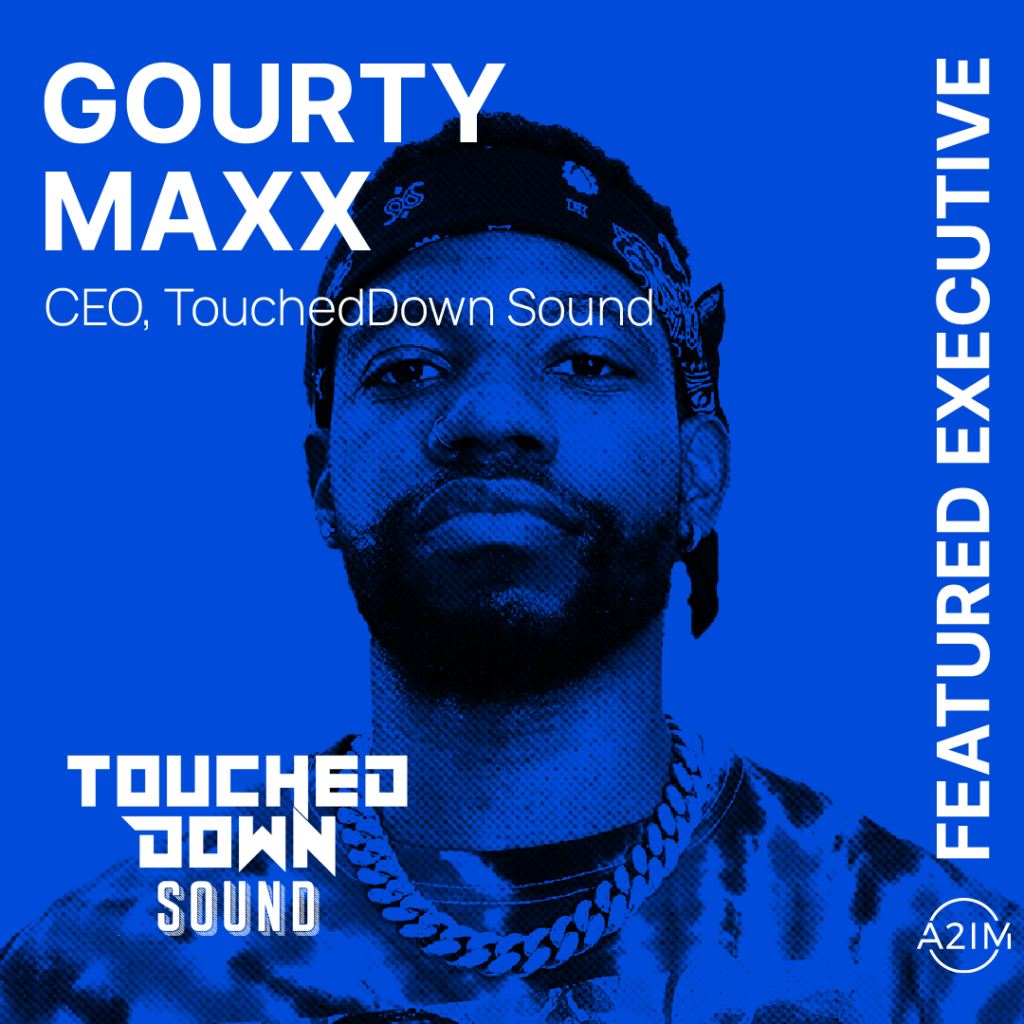 Whether it’s serving as a touring and recording Drummer / Musical Director, to being CEO and producer of his own empire, TouchedDown Sound (also an inaugural BIM fellow!) Gourty Maxx continues to impact and influence millions around the world with his vibe and sound.

Whatever that you're trying to go for in life, nothing comes overnight ... Anything with substance comes with a process. Keep people who believe in you around at all times for encouragement and to know how to keep you grounded.

How did you get your start in the music industry, and how it lead to the work you do today?

I basically grew up into this music lifestyle.

My father is a well respected musician (keyboardist, organist extraordinaire) who’s considered an “OG” in the musician community from back in the 80s and 90s, specifically in the Gospel world. I was also blessed to have his friends who I consider family, mentor me and allow me to watch them in rareform and to be able to witness every highlight of their lives.

I was constantly around great individuals. Whether it was being in my dad’s rehearsals watching him and his team rehearse with major artists, to actually being on the side of the stage when my dad had to work and babysit at the same time, going to different studios (keep in mind, I was still toddlering) lol.

I was always around something or someone major that would lead me to everything I’ve been blessed to do up until this point. Long story short, my parents were able to discover that type of energy, that space of greatness, and the level of fascination and desire in music to jump on me at an early age.

Music is in your blood! When then did you start making your own music?

I was blessed with my first drum set at age 3, because it was evident that drums was what I gravitated to. I was a very quick visual learner as a child, and I can hear like no other baby around me. My superpowers came in very early [laughs].

With this, I basically taught myself how to play the drums. By age 9, I was playing in church 2 and 3 Sundays out of the month. By 15, I started to play my first few shows, produces my first demo tape, and learned how to engineer. All with the help, direction, and guidance from my father.

By age 19, I would then move to Atlanta, GA where I got my start in the big leagues. I was able to connect with the right people, and the following year, I did my first major show with successful 90s R&B group, Bell Biv Devoe. From then on, I was blessed to work with other major acts over the years playing drums and/or doing production work for 112, Stevie J, Joseline Hernandez, Keke Wyatt, Chante Moore, Mr. Eazi, Tamar Braxton, Musiq Soulchild, Meelah Williams, ELHAE, and Tayla Parx.

Are there any projects you’re working on or company updates that you’re most excited about?

I am always working! TouchedDown Sound is building with these incredible emerging, upcoming artists such as: Jazmine (formerly known as qtjazz), B R I (rebranding soon), Key Latrell, and myself.

Jazmine and I are working on our collaborative Ep coming 1st quarter 2022, as well as her 1st full album later on in the year. Bri, also known as Briana Maia, will be presenting her first Ep next year. Key Latrell is dropping more singles, as well as I am doing the very same. I am also working on their Live Performances individually, as well as the “TouchedDown Sound Live Sessions” featuring all of us, coming soon. I am excited about all of these projects.

Is there a success story or career milestone that you are most proud of?

In 2017, I was introduced to one of the greatest R&B artists of all time, Musiq Soulchild. I met him in the studio when he was working on his album that would come out later that year called “Feel the Real.” I remember arriving at the studio, doing the normal meet and greet, then grabbing my laptop so fast from out of my bag in every bit of excitement. I started playing a bunch of music I had already created with some of my peers, and seeing his reactions of satisfaction would bring me the excitement and hope of a collaboration with thee Musiq Soulchild.

Next thing I knew, he recorded and finished 3 songs that included my name on them, in which at the time, I went under the alias “GMJR.” This album went to be categorized as a Grammy Nominated R&B Album in 2018 (60th Grammy Awards). It was honestly my first major placement with a major artist, so for that to get a grammy nom off of my first? smh. It blew my mind.

Geeeeeez! Well outside of your work in music, do you have any other hobbies?

I’m heavily invested into YouTube, meaning I’m constantly watching content on how to be best in the world. Whether its music, being an entrepreneur, a business, life hacks, Youtube is my best friend every single day.
I’m also a Basketball geek (Brooklyn Nets – hometown, or wherever Steph Curry goes for me), clothes and sneakers have been my thing since middle school so I guess you can say fashion? Fashion just sounds aggressive.lol.

Any parting words of wisdom?

If I can give wisdom or words of advice, I’d say whatever that you’re trying to go for in life, nothing comes overnight unless you go completely nutty on the internet. lol.
Anything with substance comes with a process. Keep people who believe in you around at all times for encouragement and to know how to keep you grounded. Stay away from haters and negative people, especially the ones who’s been fortunate to do great things and think they have all the answers.
You have your own path and your own market. Most importantly, Keep God first stay humble, and stay in your bag. I’m telling you, it works!

Do you or someone you know fit the bill? Submit an executive here.

A2IM is a 501(c)(6) not-for-profit trade organization headquartered in New York City that exists to support and strengthen the independent recorded music sector. Membership currently includes a broad coalition of more than 700 Independently-owned American music labels. A2IM represents these independently owned small and medium-sized enterprises’ (SMEs) interests in the marketplace, in the media, on Capitol Hill, and as part of the global music community. In doing so, it supports a key segment of America’s creative class that represents America’s diverse musical cultural heritage. Billboard Magazine identified the Independent music label sector as 37.32 percent of the music industry’s U.S. recorded music sales market in 2016 based on copyright ownership, making Independent labels collectively the largest music industry sector.

Learn more about A2IM here, and contact our team at [email protected] to join now